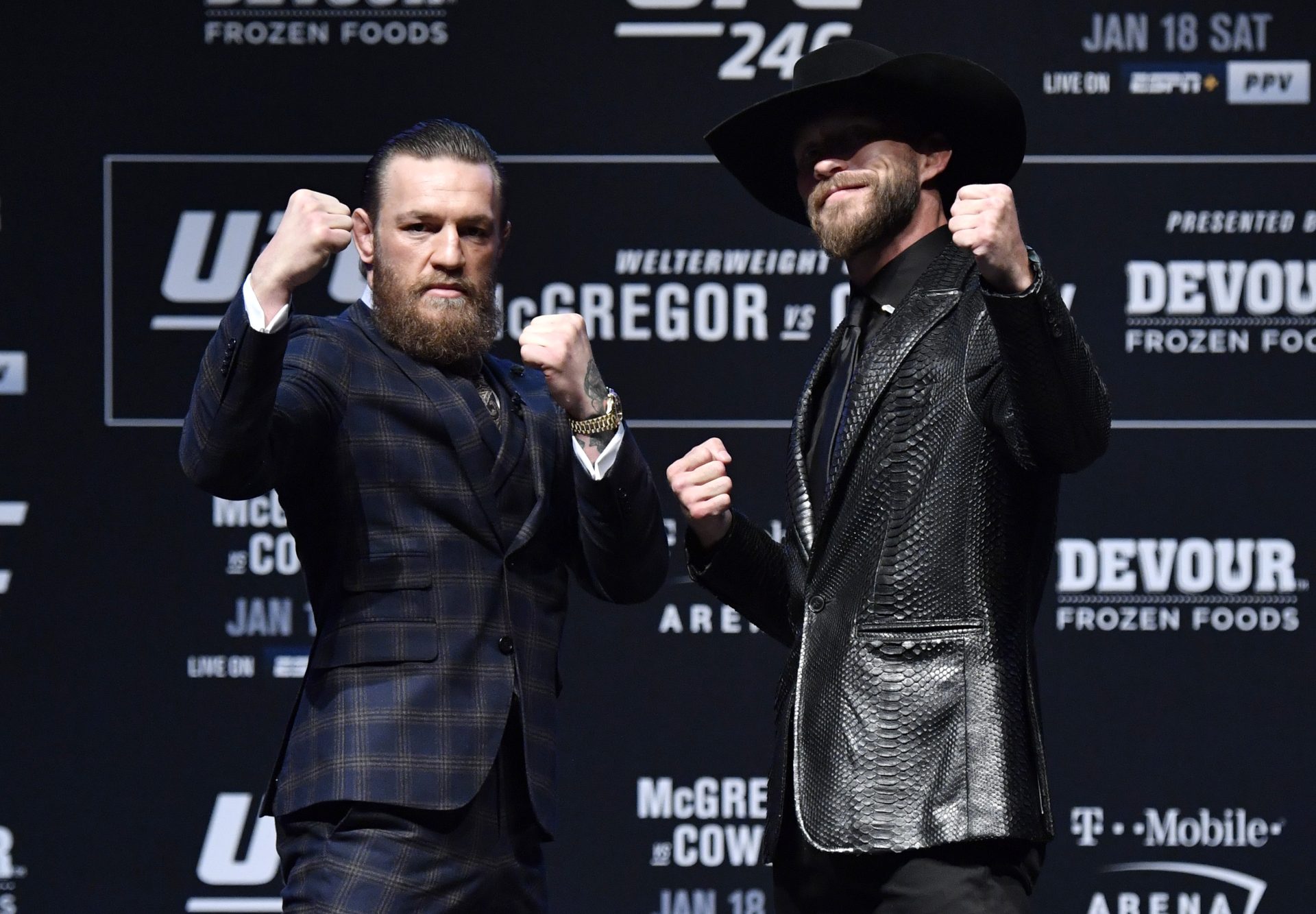 5 Questions Ahead of McGregor Vs Cowboy

Love him or hate him, it’s hard to argue that MMA isn’t more interesting when Conor McGregor is involved. The Notorious hasn’t fought since his ill-fated bout with Khabib Nurmagomedov in October 2018 and he certainly has a point to prove in his return to the octagon. This fight needs to be a friendly reminder to fans of why the Crumlin man had a meteoric rise to the top of MMA world.

In his opponent, UFC legend Donald “Cowboy” Cerrone, the man who holds the record for the most wins in UFC history, he has a worthy dance partner. Below we’ll discuss the main talking points ahead of Sunday morning’s bout and what this’ll mean for what the outcome is likely to be. We’ll be in Vegas to capture everything regarding the fight so keep it locked to @jdsportsie on Instagram for all things UFC 246.

Conor McGregor over the past year has been on a Twitter tirade calling out fighters and teasing his next potential opponent. With fights against Justin Gaethje, Frankie Edgar, Anderson Silva, Nate Diaz and of course a rematch with Khabib all hyped. What exactly led to the Notorious choosing to fight Cowboy? McGregor said in a recent interview “It’s an exciting bout. It’s a fan-friendly bout. It’s a fight that excites me.” McGregor needed a fight that would get fans excited again and most importantly a fight he believes he’ll win while putting on a show. Cowboy has always been a fighter who’s never shy of standing and trading. Cowboy has also with all due respect, struggled in the bigger fights of his career. This contest should provide just what McGregor is looking for.

On the feet or on the ground?

One area in which Cowboy will have an irrefutable advantage over Conor is on the ground. Cerrone possesses a Brazilian Jiu-Jitsu Black Belt to Conor’s Brown Belt. However never a man to play to his strengths, Cowboy will more than likely abandon his ground game and use his slick kickboxing skills to make this a fan friendly contest. Good news for fight fans and McGregor fans alike.

Fight of the year?

When two fan favourites collide like this you know we’re more than likely in for a show. Especially with two fighters who possess 13 Performance of the Night bonuses between them and a love of highlight reel KO’s. This is one fight you’re not going to want to nip to the kitchen during.

Refusing to get drawn into specifics this time Mystic Mac gave a rather vague prediction by his standards “Although there will be blood spilled, it will not be bad blood. As for the Mystic Mac prediction, it will be a KO.”

A big if but supposing Conor gets through Cowboy, then the conversation immediately moves to who’s next? Of course the trilogy fight with Nate Diaz will always be an option. McGregor has also campaigned vocally for another shot at Khabib. Fans have also been clamouring for a sure fire barn burner with Justin Gaethje. My prediction would be we’ll see Jorge Masvidal offer up a BMF title fight in the immediate aftermath of the fight. Masvidal has been talking up the prospect of the fight all week in Vegas and my inkling is we might be seeing Jorge on our screens Sunday morning post fight, in the event of a McGregor win.