Liverpool Premier League Champions 19/20, how did we get here?

The dust has now settled on Liverpool’s first Premier League title in 30 years. Many of their supporters will still be jubilant at witnessing what may be the first league success in their lifetime. In the years since Kenny Dalglish’s men won the first division title in the 1989/90 season, there have many peaks and troughs for the redmen.

Not long after the title win, Dalglish stepped away from the role due to the mental fatigue he had burdened since the Hillsborough disaster. Dalglish was succeeded by former Liverpool captain Graeme Souness. Souness’ main objective was to overhaul the stagnant culture at the club but his attempts proved futile. Poor recruitment and results meant Souness was then replaced by stalwart of the Liverpool boot room system Roy Evans.

Evans would guide Liverpool to 4 top four finishes in 5 years and a League Cup triumph but unfortunately he was unable to return Liverpool to the summit of the Premier League. After an ill-fated stint as joint manager with the incumbent Gérard Houllier, Evans was replaced full time by Houllier.

Houllier would achieve the most success since Dalglish, guiding Liverpool to a 2nd place finish and a treble in the 2000/01 season. Gerard’s tenure would come to an untimely end due to faltering results and concerns for the Frenchman’s health.

Liverpool would then turn to Valencia’s Rafa Benitez who had just came off 2 La Liga triumphs with Los Murcelagos. Benitez would etch his name in Anfield folklore in his first season, winning the UEFA Champions League in what is considered by many to be one of the greatest comebacks of all time. Coming back from 3-0 down to beat an all-time great AC Milan team. Benitez would add an FA Cup and he would mount Liverpool’s closest title challenge since 89/90, falling four points short to Sir Alex Ferguson’s Man United in the 08/09 season. Benitez reign would come to an end due to poor results and a fraught relationship with Liverpool’s owners Tom Hicks and George Gillett.

This is where the story begins for Liverpool’s most recent title win, it may seem hard to believe but it is from here that the chain of events would begin, leading to Jurgen Klopp’s men lifting the Premier League trophy this year.

Due to broken promises, poor on field results and mounting financial debts, there was growing unrest from Liverpool fans over the ownership of Hicks & Gillett. The two owners were not even on speaking terms with each other and George Gillett had been blocked on various occasions by Tom Hicks from selling his shares to Dubai International Capital, as that meant Hicks would lose control of the boardroom. This even culminated in Liverpool fans creating an online campaign to urge the pair to end their ownership of the club as seen below.

Eventually after a long drawn out battle in the courts which had Liverpool on the brink administration, ownership of Liverpool Football Club was officially transferred from Hicks & Gillett to Fenway Sports Group, fronted by John W Henry and Tom Werner, who were also principal owners of the Boston Red Sox. Famed for their “Moneyball” approach to player acquisitions in the baseball world, as chronicled in Michael Lewis’ bestselling book. It is from here that Liverpool’s new dawn began.

After a dismal run as Liverpool manager Roy Hodgson was replaced by club legend Sir Kenny Dalglish for his 2nd run managing the club. One of his first signings at the club was to purchase Jordan Henderson from Sunderland for £16 million. Henderson would show early promise as a Liverpool player but would later be offered by future manager Brendan Rodgers to Fulham as a make weight in a failed transfer for Clint Dempsey. A distraught Henderson would refuse the move and instead opting to stay and fight for his place. Henderson would more than turn around his career as a Liverpool player, eventually being named as captain during the Summer of 2015, following the departure of club legend Steven Gerrard. As the below Instagram post shows, the decision worked out rather well for all concerned.

The appointment of Jürgen Klopp: 8th of October 2015

Despite spearheading Liverpool’s closest title challenge since their last title victory, Brendan Rodgers was sacked at the very beginning of the 2015/16 season. FSG acted swiftly to secure the services of former Borussia Dortmund manager Jürgen Klopp. Klopp had enjoyed an incredibly successful tenure as Dortmund manager, guiding them to back to back Bundesliga titles and a Champions League final. Klopp arrived to much fan-fare and outlined his belief that the club and the fans should turn from “Doubters into believers.” Even dubbing himself as “The Normal One” in reference to Jose Mourinho infamously donning himself as “The Special One” in his introductory press conference as Chelsea Manager.

In January 2018 following a protracted courtship by Barcelona, Philippe Coutinho forced through a transfer from Liverpool for an initial £105 million, possibly rising to £142 million. This was a hammer blow for Liverpool, losing one of the key members of their attack and the all important link between the midfield and the front three. When seeking for how to spend the money received for Coutinho logic would normally dictate to purchase a player who could play the same role as Coutinho.

Liverpool however took this as an opportunity to address their most glaring weakness in their team, defence. They would stick with their front three, make their midfield more functional and and consolidate at the back. Virgil Van Dijk would sign for a world record £75 million for a defender that January from Southampton and that Summer Liverpool would replace the underwhelming Loris Karius with Roma’s Alisson Becker. Both transfers would prove to be a masterstroke, as the following season Van Dijk would be named PFA Player of the Year and World Defender of the Year and Alisson would be named World Goalkeeper of the Year.

Following the heartbreak of Liverpool’s 2018 Champions League final loss to Real Madrid, many questions were raised about the squad’s ability to rebound from such a devastating loss. Despite a lacklustre group stage performance, the following year Liverpool would firstly see off Bayern Munich and Porto in the knockout stages before performing yet another impossible comeback against Barcelona in the semi-finals, overturning a 3-0 first leg deficit by defeating Barcelona 4-0 under the lights at Anfield.

Liverpool would then go on to win their 6th Champions League in an admittedly tepid final against Tottenham Hotspur. This victory cemented Liverpool as Jürgen Klopp’s “Mentality Monsters”. Showcasing that their ability to comeback from a gut wrenching defeat to capture the gold the very next season. This would stand them in very good stead for the Premier League.

Much like the Champions League run before it, Liverpool endured a similar heartbreak which lit a fire underneath them for this season’s title triumph. Despite a stellar 2018/19 campaign in which they lost one match to eventual champions Manchester City, they gained the unwanted record of accumulating the highest points total in Premier League history without winning the title in.

Despite this Liverpool would regroup for the 2019/20 season with the same group of players as the previous season with the same goal and the same mentality. Klopp’s men would pick up where they left off leading to the earliest Premier League title confirmation in league history, with 7 games to spare.

Just like that, the 30 year wait was over. Grown adults witnessed their first title victory of their lifetime and supporters were able to finally have bragging rights over their more recently successful rivals. While the hoodoo is finally over, if the patterns emerging from this Liverpool side under the stewardship of Klopp are anything to go by, it’s likely they won’t have to wait 30 years for their next title. 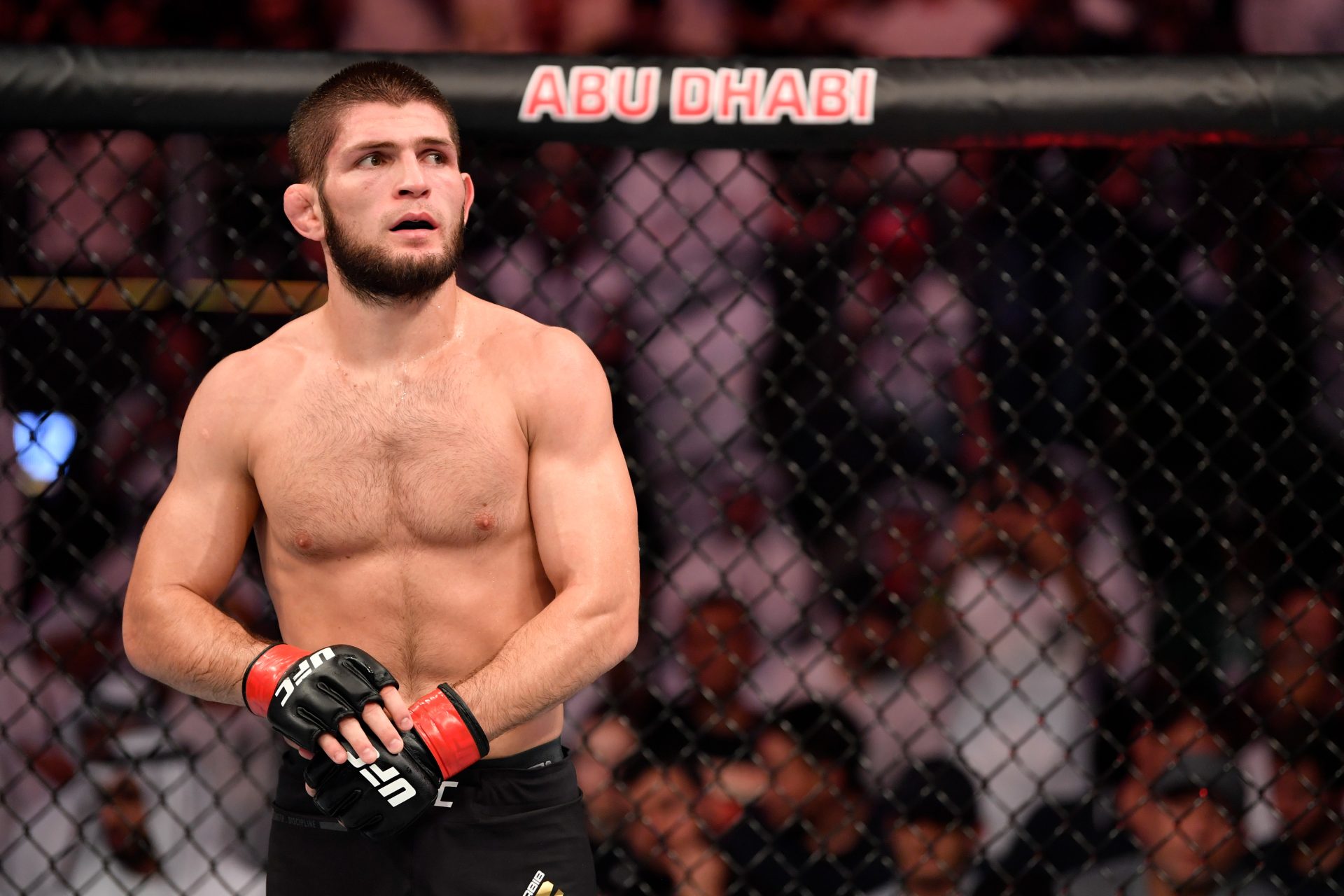